Travel to Motu Moie in French Polynesia, often called Tahiti, its largest island, from the United States and around the world is easy. Flights from the United States, Europe, Asia, and Australia arrive daily in Papeete, the capital city of the country. The Los Angeles flight is 8 hours, on Air Tahiti Nui, and other international carriers.

Once you arrive in Papeete, you transfer to a local 40 minute flight to Raiatea or can take the scenic route by ocean ferry. You may choose to stay over night in Papeete, and have a look around this beautiful costal city. Raiatea is the sister island of Taha’a, the two islands surrounded by an ancient coral reef, that also contains the private motu- Motu Moie. From the Raiatea airport, it is a 30 minute lagoon boat ride around Taha’a, and you have arrived at the island paradise. The Tahitian translation of Motu Moie is “far away isle”. 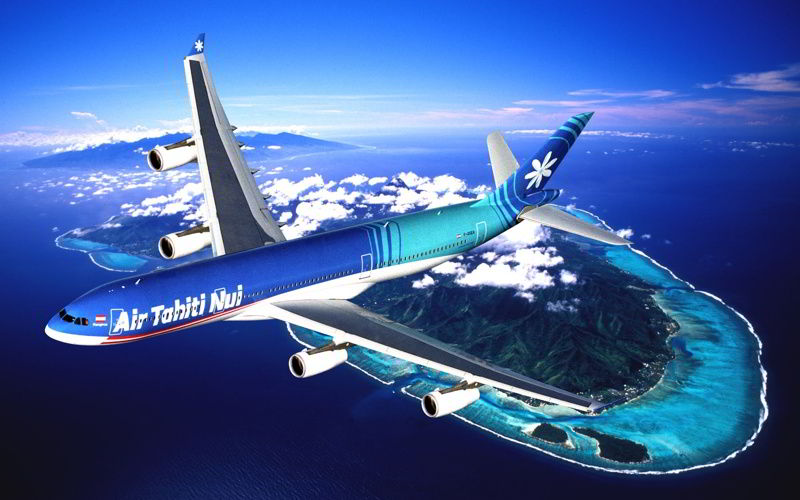